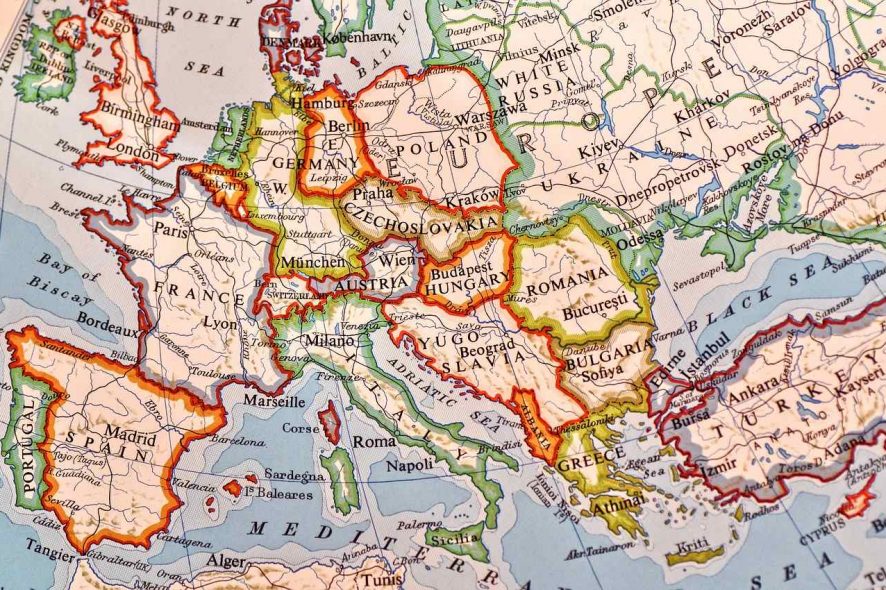 Está a ler a versão em inglês deste artigo.
Leia a VERSÃO EM PORTUGUÊS
You are reading the english version of this article

Three weeks of backpacking across Europe, alone, between hostels and two weeks of volunteering in Slovenia.

I started this trip in one of the smallest countries in Europe, but at the same time offering one of the highest minimum wages (€ 2071.10 – Source: Eurostat) and also, which has one of the largest Portuguese emigrant communities around the world (it was not hard to hear while walking around the streets).

Of all the recommended sites to see in Luxembourg as The Grund, for example, it was the Luxembourg History Museum that I fell in love with. Contemplating live and colorful works by René Magritte, surrealism at the highest level have perplexed me and knowing the works by Jean-Marie Biwer, have left me even more amazed with his abstractive and contemporary side (and just to see that, it worth going to Luxembourg).

Basically, I went to Berlin to see the other airport that the city has, Tegel (the city already knew, see here) and on the way back I exchanged some words in English with some Croats who, like me, were waiting for the plane to Zagreb.

As soon as I am in Croatian ground, still inside the airport, I have to deal with the immigration services, the man sympathetically stamps my passport (I always like to carry my passport and citizen card when I travel, even though I know that inside the European Space I need only one, I have always my passport with me). Then already outside the airport, I ask those Croats I met in Berlin, where is the bus station to the city center and I have one of them offering me the bus ticket. Impossible not to smile!

I arrive at the hostel and have a Polish and an American talking, then arrive two Australians and out of nowhere, the five of us get to know the city and end up in a park to enjoy a pivo (beer in Croatian).

The city is strangely large compared to the other big European capitals like Rome or Madrid. The streets are extensive, the parks too and the lakes there are beautiful. The food is somewhat Turkish but this is due to the roots of the Ottoman empire and the Croats are very nice.

Spontaneously in Ljubljana, I met a Slovenian friend who thought were still living in China, between a bela kava (Slovenian coffee) and a catch up, she shows me her city. We go to the market, watch the view of the city in the Castle and end up with a burek and a liquid yogurt, but its time, I have to take the train to Murska Sobota.

The first impact of Murska Sobota is that it must be about the size of my land in Portugal (Santa Eufémia) and there is not much to do there; the second is that after all, there is a “Castle” which is very beautiful; the third is that the Slovenian language, is beautiful to hear and should not be too hard to learn (once you know that Cantonese has 9 tones, which means, one word can have 9 different meanings, everything seems easy!).

I went to Rakičan, a village with farmland and fresh air, ten-minute bike ride from Murska Sobota, for a two-week volunteer camp. There, I understood how much I missed country life.

I had the opportunity to visit Slovenia’s second largest city (although Slovenia has only two million people), Maribor. And I have to say that I liked it a lot. There is a beautiful river that runs through the city, and even though it is not the highest point in the city, because as I walked in sunshine and hellish heat to the Pyramid (and I remembered the Bunkers del Carmel in Barcelona), the view from the top is fantastic and certainly unforgettable.

Bratislava wasn’t a planned city, it was a city I visited because I had friends I met in Indonesia living there. Social networks have these wonders and get us in touch with people we haven’t seen in years and voilá, we take the bus and there we go. Bratislava is a small capital, has its own beauty. The charming streets of the old city and the blue church make us happy to be there. To Niki and Zuzana, thank you for having me there.

Do you know that movie you saw a couple of years ago and the images of the recorded places never left your mind? Well, Vienna was one of those places.

I went to Vienna to make a dream come true. Get to know the Belvedere Museum live and in color, check whether the gardens and the works of Klimt that the movie “Woman in gold” shows us are beautiful or not. The result, surpasses everything. You’ve got to go to Vienna, for seeing the Museums, getting lost in the streets and enjoy this, that were for some time (decades) the most important city in Europe and which is also, an open air museum.

Madrid makes me feel nostalgic (it was the first city outside Portugal that I visited alone, the first city I lost myself alone – because at 6 years ago, the technologies were not as developed as today) and from all the museums in town, I was missing one of the best, the Prado, but also, because the people who inspired me the most about having this “traveler bug” live here. To Kathy, Nuno, Mason and Owen, thank you for welcoming me there, for caring about me (even when traveling around the World) and for always being there with a simple click. I promise I’ll to return to Madrid soon (there’s still so much to see).

As I said at the beginning of this chronicle, I was traveling alone (my cousin Kathy even asked me, if I wasn’t afraid of traveling alone), but you know what? I was very few times alone. Luckily, I always met foreigners in the hostels, they, like me, enjoyed talking, exchanging experiences and with a good beer to go with. About the two weeks I was in Slovenia, I can say that I made friends, that learning everyday new words in Slovenian with them, makes me miss it – particularly to Renata, Marko, Nina, Ana, Blaž and others, Hvala (thanks).

I came back home with a full heart (stories and experiences), an empty pocket (our finances are the first to suffer when we have the travel bug inside us, the good part is that as someone said “the money eventually returns, the time doesn’t ”), but at the same time with a different perspective on the life I lead, the places I have lived and the people I have known.

Of course, living and walking around Lisbon is becoming weird as we get to know more countries, more people and more cultures. But to travel is that: to look, to add, to be added and to grow.